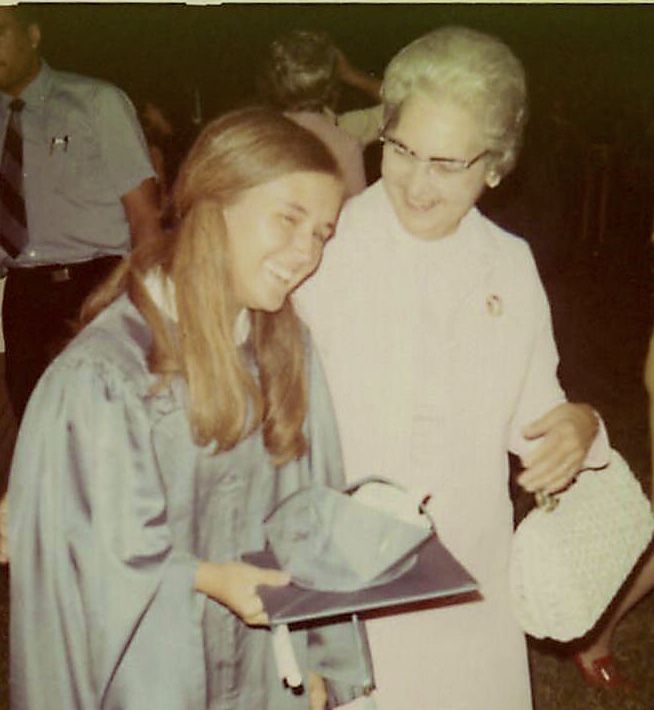 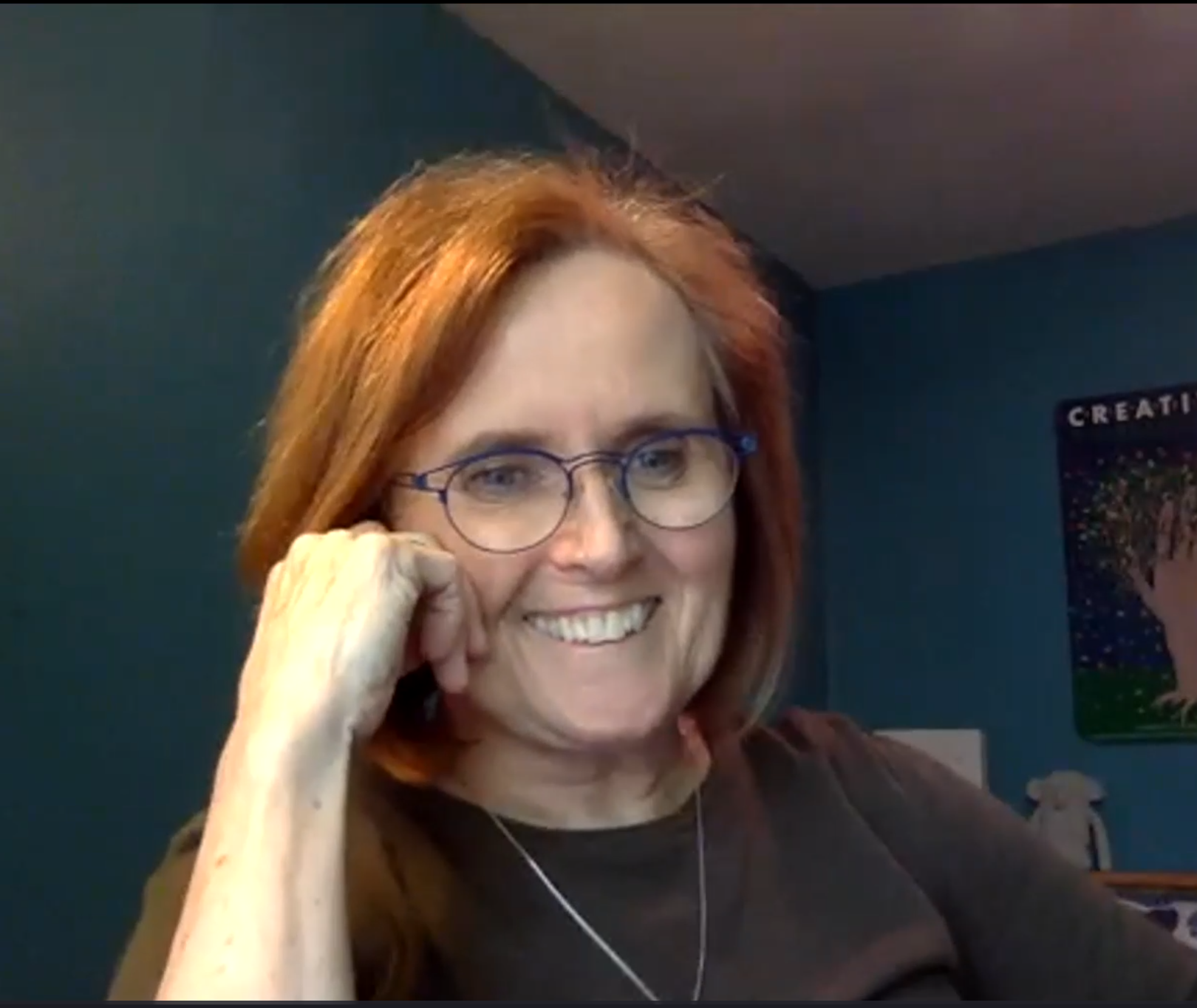 Our daughter Ellie, 31, will be getting married in mid-October - the day before my 70th birthday. She currently lives in Cambridge, Mass., having followed a science boy to his new job with Biogen. When they moved there in fall 2019, her job based in Durham (NC) with a CPA oversight organization continued remotely - until recently, when she joined the technical ops team of Eastern Bank. No one ever thought she'd end up surrounded by numbers in her work. When she entered high school she started studying Japanese, dropping French because she said she wanted to learn a language that I couldn't correct. She continued through college, spending her entire junior year in Osaka before completing her B.A. in Cultural Anthropology + Japanese. After graduation she spent two years in the mountainous boondocks of Gifu prefecture teaching English. It turns out that her CulAnth and language studies prepared her well for a role in helping companies to bridge the gap between the needs of website users and the minds and priorities of website designers, creators, and maintenance techs. That's my liberal arts kid, thriving in a fintech world.

Thanks to the antiestablishment times of our college years, I got through college majoring in French and Russian and taking lots of history courses. Easily avoided math, science, econ, political science. Some regrets there, but not many. No thanks to my two years of Creative Writing class at YHS (instead of traditional English), I could barely put together a paragraph in my Freshman English course. But I relearned how to write in my history courses. Spent a semester in France my junior year. After graduation (1975, Middlebury College), I disappointed my parents' expectation that I'd readily get a job at the U.N., and worked at a K Street commercial real estate firm as secretary to a real S.O.B. and lived at home with my parents for a couple of months. But in October a long-discussed and suddenly concluded agreement between the USSR and U.S. took me out of my misery and sent me with 17 other recent college grads to study for 4 months in Moscow. We were the first U.S. exchange students to study in Moscow. I feel very fortunate to have studied there at a time when few people spoke English or knew much about our world, just as our Russian was fledgling and we came knowing some Russian language and lots of Russian history and literature, but little about Soviet life. That semester I learned practical lessons of macroeconomics and public policy that I would not have found in college classes had I taken anything other than language, literature, and history. Returning from Moscow in late May '76, I found a potentially interesting job in downtown DC, but the prospect of living with my parents and commuting every day didn't measure up to the lure of Boulder, Colorado, where my sister Patti was living at the time. I lived there for two years and plotted my escape from typing jobs, after much research choose graduate school in Comparative Literature at UNC-Chapel Hill. For 7 years I took courses in French and Russian Literature plus 1 or 2 in English lit and TA'd Russian language courses for 2 years, then French for 3 years, then Russian for 2 more. In the meantime I met a "townie" Chapel Hill native, Walter Gottschalk, in the garden apartments on Fidelity Street Carrboro, next door to Chapel Hill. I lived in D, he lived in G - and we were married in 1982. The next half decade brought the early deaths of my father and Walter's mother, another extended visit to Moscow 1983, a 1-year teaching job at Trinity U. in San Antonio, another stint of secretarial work the fall after I got my Ph.D.!, an ectopic pregnancy, diagnosis of reproductive malfunction, and then two miracles occurred. First, out of the blue I got two phone calls that offered me "part time" teaching gigs at Duke (2 Russian lit courses per semester) and N.C. State (2 language courses per semester, 1 French, 1 Russian), which led to my being hired full time for Russian language and literature at Duke in 1988, and where I'm still working. The second miracle was the happy ending to our first attempt at in vitro fertilization - see above our daughter Ellie was born in May 1991. My greatest joy is having had the honor and pleasure of raising her, and now that she knows more than I do ahem, continuing to know her. I aspire to grandmotherhood, but know first-hand that bringing babies into the world doesn't always go as planned.

In 1990 and throughout the 90's to 2001 I returned to Russia fairly often, leading students, taking classes myself, working in archives, or visiting friends in 2001, 2007 and 2016. Other than our trip to Japan in 2012 to visit Ellie in Osaka, most of our traveling has been out west to northern Arizona Flagstaff, where Ellie attended college and my sister Patti and her anthropologist husband moved in 2013. They have taken us to way too many amazing places to name, from the nearby Hopi mesas and of course Grand Canyon to Tucson, the Musical Instrument Museum in Phoenix, and to many national parks and monuments in Arizona, Utah, Colorado, and New Mexico. Most recent one was last summer (2021) to Grand Staircase Escalante, Capital Reef and Bryce Canyon. Up until about 2013 I frequently returned to Arlington where my mother continued to live until her passing in 2006, and where both sisters lived as well. Now that they have left (Vanessa to nearby Graham, NC, Patti to Arizona), I only get up there every couple of years to rendezvous with Patti or with Paula (Banks) Mashore, a pal since the 7th grade trip to Williamsburg (remember that!). This summer we're having to gut and redo our two (70's ranch house) bathrooms to fix water damage, but for the near future can at least look forward to hanging out with family and friends at reunions and weddings, small and large.