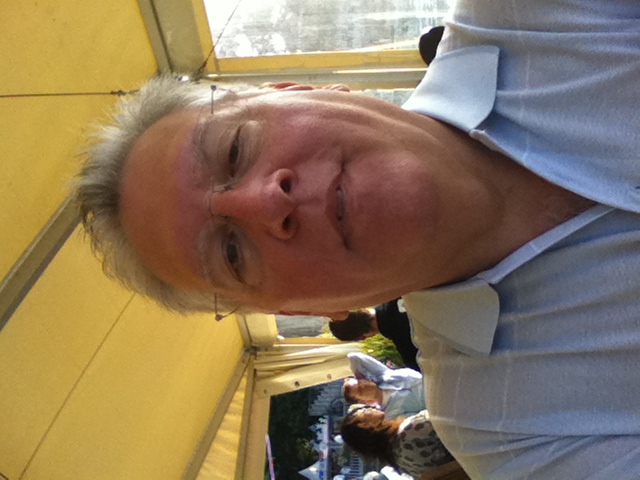 We've had a lots of dogs and cats over the years, but no children or grandchildren.

Left Yorktown and went to Case Western Reserve University where I wound up majoring in Math and playing soccer. I transferred from there to Penn State University after two years and retired from soccer after seeing All-American Chris Bahr nearly kill a goalkeeper with a shot. I graduated from PSU with a BS in Math in 1975, stayed for an MA in Math in 1978, then taught for two years in community colleges in Hazleton, PA and Erie, PA before going back to grad school at Penn State to work on a PhD in Astronomy, where I landed a Graduate Student Fellowship at NASA's Goddard Space Flight Center.

I got distracted by the lure of a salary and left the PhD program after passing my comprehensive exams but before finishing my dissertation, and left to teach for a year at Orange County Community College in Middletown, NY. At the end of that year, I was fortunate to get hired by a NASA contractor to help construct a digital archive of photographs of Halley's Comet during its apparition in 1985-86.

I stuck around Goddard for about 10 years, then left to start my own consulting business, A/WWW Enterprises in 1994, to take advantage of the suddenly-growing Internet technology for the distribution of scientific data. Over the next 20 years, I was fortunate to work with a variety of clients including the U. S. Federal Geographic Data Clearinghouse, the World Bank and the Space Telescope Science Institute and, of course, a number of NASA projects.

In 2015, I went back to work as a wage slave for another NASA contractor, working on the Science Investigator Processing System for the NASA Ozone Monitoring Instrument (OMI) on the Aura satellite. I'm still at it today.

Over the years, I've played a ton of bluegrass and honky-tonk country music in the bars and saloons around Washington and Baltimore and recorded some CDs. I volunteered with the International Bluegrass Music Association to help to organize their Leadership Bluegrass training program for bluegrass industry professionals. Over the past 20+ years, I also served as a Board member for the Brandywine Friends of Old Time Music helping to produce their Delaware Valley Bluegrass Festival and working as the stage manager and backstage coordinator for that annual festival.